My Thoughts and Opinion, Greece, China and Australia Investors

My Thoughts and Opinion, Greece, China and Australia Investors

Bad news sells. Newspapers and financial intermediaries profit from fear and volatility, so of course they will foster it. Given the amount of negative press and doom and gloom, I wanted to take this opportunity to share my thoughts. 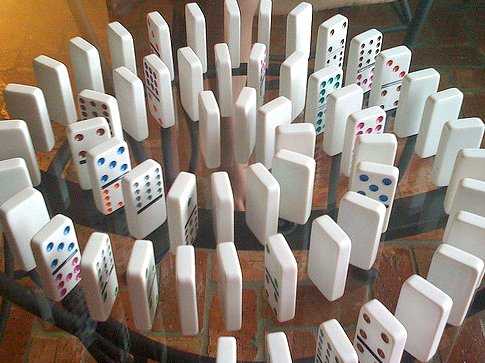 I must express that these comments are my personal thoughts and should not be construed as personal advice. If you have any questions or concerns please contact me to discuss.

Greece is in difficulty no one can deny that. They have just participated in a poorly worded referendum to end the austerity, decrease pensions, raise taxes, they have not voted to leave to European Union, and if you believe the polls, most Greeks want to remain in the EU.

Greece has given much to the world. It is the birthplace of banking, finance and transferable wealth. It was also the birthplace of financial crisis. The Greek government has defaulted on loans to other countries 5 times over the past 200 years and has spent 90 of these years in default, so it is nothing new. Most recently they defaulted in 1932 and only repaid their debt in the 1960s.

In honesty, should they have ever been included in the single currency experiment? They were too small and inconsequential to say no. Europe overlooked the black market activity and rampant tax evasion.

There is a valuable lesson for everyone from the Greece “tragedy” you cannot live beyond your means indefinitely, hard decisions and sacrifice needs to be made. Why should a 67 year old German factory worker continue work to support a 56 year old retired Greek? Unfortunately, the Greek people are the ones who will suffer for their politicians’ lack of action. Foreigners may get the benefit of cheap holidays to the Greek Islands.

The world has known this was coming for a long time, investment managers had taken measures five years ago to protect their investments. Greece only represents about 0.25% over the global economy. Most Eurozone economies have improved. Most of the debt is held by the European Central Bank and the International Monetary Fund, there is not significant exposure of global banks and private holders of Greek debt.

The real risk is contagion, will it spread to other nations such as Spain, Italy and Portugal. The information being provided says that it will not spread, however, only time will tell. Hopefully, these nations can learn from the errors of the Greeks without having to make the mistakes themselves.

The European Union has the ability and the tools to manage this situation in my opinion, it is time for the politicians to get down off the balcony and negotiate in private to reach a workable resolution.

China has been getting plenty of negative press recently too. The local stock market has gone down 30% over the past 3 weeks. It may have been neglected to report than even after these falls the China A share market is up 87% over the past 12 months(according to Bloomberg). To any reasonable person this gain would be considered unsustainable. And this is why we are seeing a correction, it is justified and logical.

It must be put in perspective, China’s share market is a gamblers market. The bigger Chinese companies are also listed as H shares listed on the Hong Kong stock market, these H shares are up 20% over the past 12 months. Most foreigners investing in Chinese shares do so via Hong Kong due to restrictions on investment in China. The mainland Chinese people have difficulty to access the Hong Kong markets. The Chinese are big gamblers and they are restricted from travelling to Macau to only once a month to gamble, so in recent times they have been gambling on shares, margin lending, borrowing to buy shares is a new concept, and investors have been taking some of their profits from property and putting it into the local stock market. In my mind, how can I take a stock market seriously when it can have swings up and down of 10% in one day, if this happened in Australia or the US, the market would be temporarily shut down.

The share market is young in China only about 3.5% of the population hold stocks, whereas in Hong Kong over a third of the population has traded stock in the past year. It is a developing country, they have had unprecedented growth of almost double digits for the past 30 years, this is unsustainable. Many developed nations are struggling to get one or two percent growth. Now everyone is worried is China only gets 6%. I think these things need to be put in perspective sometime. Most treasurers would be jumping up and down if they could get 6% growth at the moment, and remember China has over 1.3 Billion people. The scale is enormous.

The issue in China, at its core, is the portfolio allocation for the very wealthy investors between stocks and property in China, it does not affect the majority of the Chinese, and it simply does not matter to the Australian investor.

This is a concern to Australia as we are one of only a few who export more to China than we import. Iron Ore being the biggest export, even after the iron ore price has fallen significantly, BHP and Rio Tinto remain profitable, Andrew Forrest states Fortescue will be profitable and Gina Reinhart is investing billions into her own iron ore mine.

The Chinese government has great power and influence, it can intervene to take action quickly to assist the economy. I believe they will do everything they can to maintain, improve and eradicate any downturn. They have been taking action reducing interest rates, and banks capital reserves. It is about face in their culture they will do what is necessary to sustain and grow their economy.

I get annoyed when I watch the news at night and the presenter says $30 Billion was wiped off the value of the Australian stock market today. Let’s put that in perspective, the market was down 1.15%. The Australian market is worth more than 2.6 Trillion. A simple scenario a computer you paid $2,630 for in the past is only worth $2,600 today. Are you going to lose sleep over it?

As at 1pm today the Australian stock market is up 1.75%, recovered yesterday’s losses and gained more. If it maintains this until the close of business, the stock market will have increased in value by $45 Billion today. Will this be the headline on the news tonight?

I invest for the long term, I feel the day to day noise of market commentary should be almost blocked out, taken with a grain of salt. I am investing for the decades to come and that remains my focus. I personally have not or will not be selling any investments at present. To keep a well- balanced investment portfolio should serve me well for many years to come. I am actually looking at this recent pull back as an opportunity to add to my investment holdings.

In good news the oil price was down 8% overnight, hopefully it will flow through to the bowser.